It has become increasingly more common for cyclists to ride with cameras attached to their bikes. Actioncams, dashcams, bike dashcams; mounted on the bike, on the helmet or on the rider’s body. But what is a dashcam? Are dashcams even allowed? Can video evidence really help in the event of a bicycle accident?

What is a dashcam?

To start, lets clarify the term “dashcam”. There are various different products sold with the title dashcam. For example, simple cameras that record continually without the presence of any technology or sensors, comparable to an action cam such as the GoPro can be known as a dashcam. There is no single definition for a dashcam. The term “dashcam” simply means “dashboard camera”.

The term “dashcam” originated in Russia, China and the USA where the camera is mounted in cars or trucks on the dashboard or on the windshield of the vehicle. Due to the spread of spectacular traffic recordings and driving maneuvers, dashcams became more and more popular in Europe as well and were already retrofitted to fit in new vehicles by their users a few years ago.

The purpose of a dashcam is to film traffic events along one's driving route and provide video evidence in precarious situations - such as accidents. These recordings primarily protect the user himself, as he can prove his innocence in the event of a traffic accident caused by someone else.

The neutral, unbiased and value-free video documentation provided by the dashcam can help to clarify the question of fault for an accident through factual reconstruction. This is a major advantage, but is the use of dashcams even allowed? There is a widespread opinion that dashcams are prohibited, but is this really true?

Case law on the admissibility of dashcams was not unanimous for a long time. Higher instances came to different conclusions than lower ones or vice versa. There was always a weighing of interests between the parties involved in each individual case. Whose rights are in need of protection, which interest holds more significance? 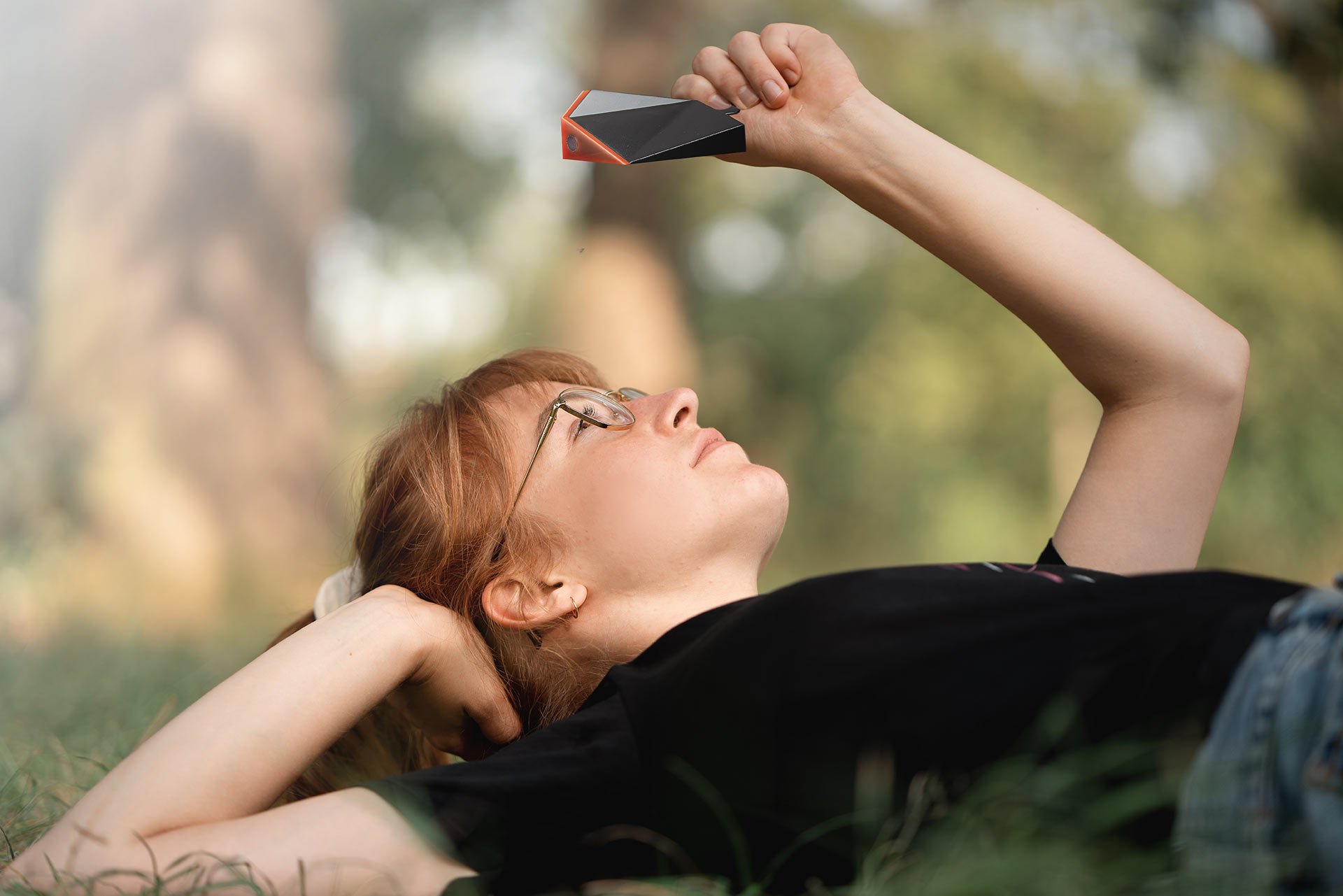 Dashcam prohibited - The case before the court

In the summer of 2018, the Federal Supreme Court (BGH), as the highest court authority, finally addressed these questions. In the case in question, there was a collision between two vehicles, and even an expert who was called in was unable to clarify the course of the accident. Therefore, the culprit or the main cause was unidentifiable.

Ultimately, only the dashcam installed in one of the two vehicles, could help to reconstruct the course of the accident and locate the person responsible for the accident. However, the regional court did not admit the dashcam recordings and declared them inadmissible. They are subject to the evidence utilization prohibition, since they offend against data protection-legal regulations. This left the decision as the responsibility of the court. The resulting property damage was to be funded by each party in equal parts. The decisive previous instances where the AG Magdeburg - judgment of December 19, 2016 - 104 C 630/15 and the LG Magdeburg - judgment of May 5, 2017 - 1 S 15/17.

The decision of the Senate

The allegedly injured party did not want to be satisfied with this decision. Although he failed in the first two instances with his request that the court use the recordings of his dashcam for clarification, the plaintiff pursued his claim further, moved to the highest instance, the Federal Supreme Court. The Senate of the BGH then ruled as follows:

"The video recording submitted is inadmissible under the applicable provisions of data protection law. It violates Section 4 of the German Federal Data Protection Act (BDSG), as it was made without the consent of the persons concerned and cannot be based on Section 6b (1) BDSG or Section 28 (1) BDSG. In any case, a permanent recording of the entire event on and along the plaintiff's route without any occasion is not necessary to safeguard his interests in the preservation of evidence, because it is technically possible to design a short, occasion-related recording directly of the accident event, for example by permanently overwriting the recordings at short intervals and triggering the permanent storage only in the event of a collision or severe deceleration of the vehicle."

Permanent and unprovoked recording of images or video along the route is not allowed! Thus, GoPro and other action cams, as well as so-called dashcams that record permanently, should not be used.

"Nevertheless, the submitted video recording is usable as evidence in the accident liability lawsuit. The inadmissibility or illegality of a collection of evidence does not lead without further ado to a prohibition of the use of evidence in civil proceedings. Rather, the question of whether evidence can be used is to be decided on the basis of a weighing of interests and goods according to the circumstances of the individual case. The weighing between the interest of the person providing the evidence in asserting his claims under civil law, his right to a fair hearing enshrined in the Basic Law in conjunction with the interest in a functioning administration of civil justice on the one hand, and the general right of personality of the person providing the evidence in its manifestation as the right to informational self-determination and, if applicable, as the right to one's own image on the other hand, leads to a predominance of the interests of the plaintiff."
http://juris.bundesgerichtshof.de/cgi-bin/rechtsprechung/document.py?Gericht=bgh&Art=pm&pm_nummer=0088/18

Ultimately the interests as well as the worthiness of protection of the rights of both parties concerned were evaluated and considered in the individual case. The BGH came to the conclusion that the dashcam recordings submitted may be used to preserve evidence in court, as the plaintiff's interests outweigh the defendant's interests in this particular individual case of the need for protection.

Be careful when using action cams and alleged dashcams!

It is advisable to be extremely careful when dealing with video recordings and the use of cameras - even in road traffic. The insufficiently justified and without cause traffic recording that actioncams and many dashcams take can lead to severe penalties and substantial claims by the allegedly injured parties.

"Violations of data protection laws can be punished with heavy fines, and intentional acts committed in return for payment or with intent to enrich or harm are punishable by imprisonment. In other respects, the supervisory authority can intervene in a controlling manner with measures to eliminate data protection violations." 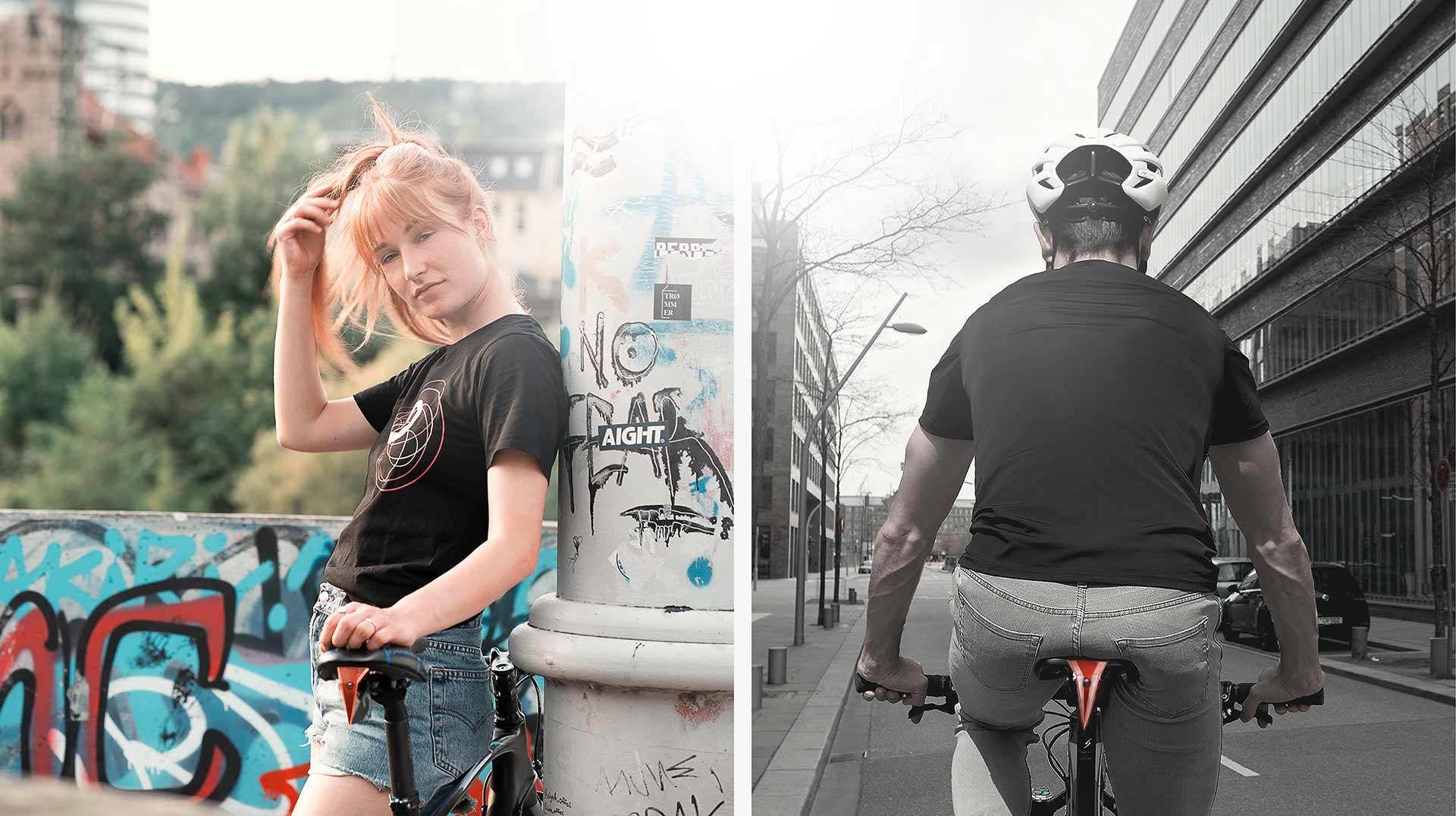 This BGH ruling always causes confusion, because the BGH has decided what is prohibited, but has not defined what is allowed. Thus, it basically gives the indication that the video recordings of dashcams can be allowed in principle if:

In addition, numerous other laws and standards of the BDSG and other law books must be considered.

So, in conclusion dashcams are not prohibited! But they are not always allowed either! Dashcams can only be allowed within a narrow scope, taking into account all relevant laws and regulations, if they are also equipped with a variety of technology and designed accordingly.

What about bicycle dashcams?

Different vehicle, same rights. Bicyclists are also subject to the same regulations regarding the use of dashcams as motorists. The choice of the means of transport has no influence on the applicable legal situation. In principle, it is therefore conceivable to attach car dashcams to bicycles.

Nevertheless, there are significant differences between dashcams for cars and bicycle dashcams. Car dashcams are designed for indoor use, require a fixed power connection and are not waterproof. However, safety cameras for cyclists require just that. Dashcams for bicyclists have not been suitable until now. Bikeright has also come to this conclusion. But a unique solution is now coming to the market: Dashbike.

The Dashbike, a special dashcam for cyclists with distance meter and many other functions, was developed exactly for this occasion. It complies with all technical and data protection regulations and can be used as evidence in court to assert claims. The admissibility and data protection conformity of the Dashbike has been confirmed with a comprehensive and specially prepared legal opinion!

Cycling - but safely! With Dashbike. 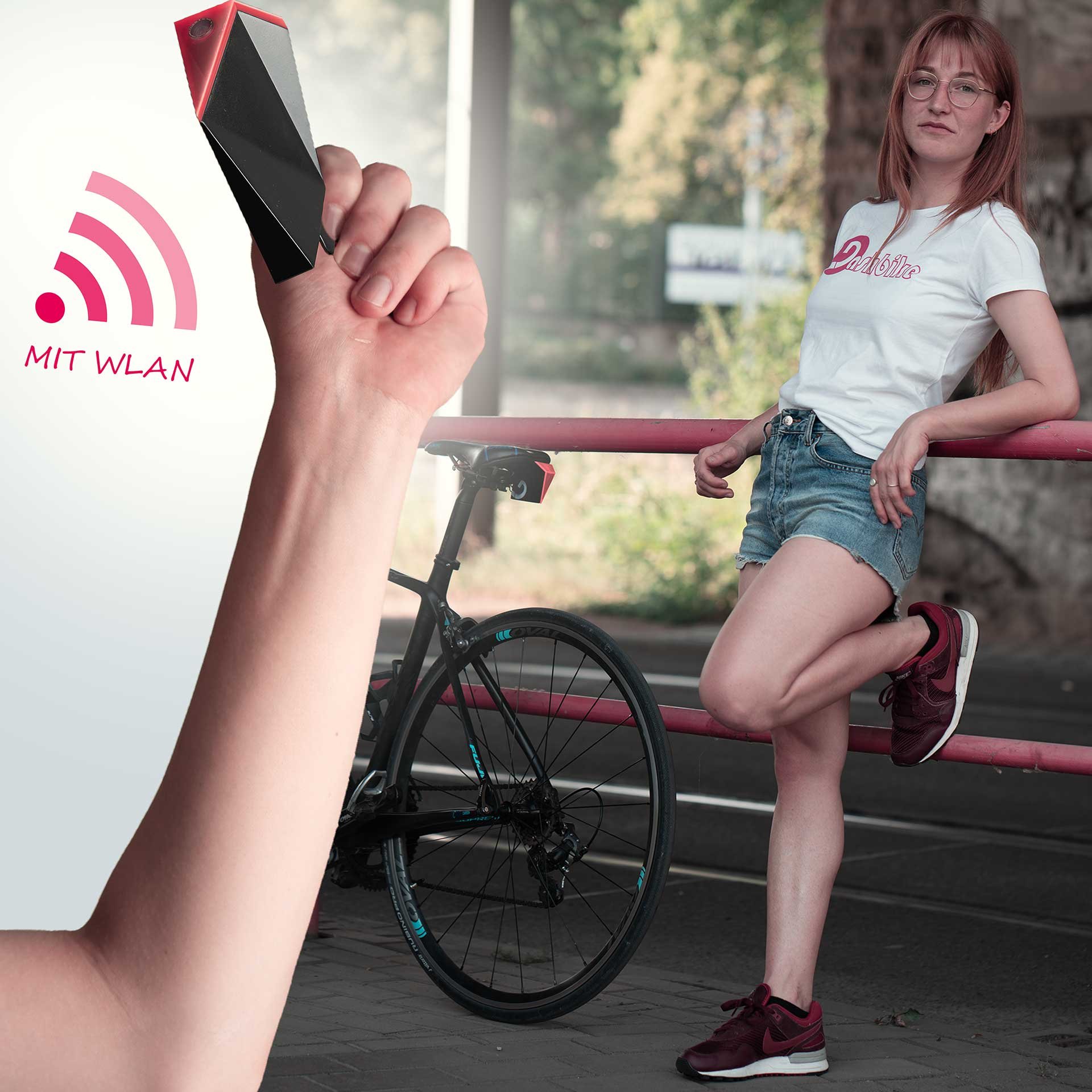 Traffic rules for cyclists - What are cyclists allowed to do?